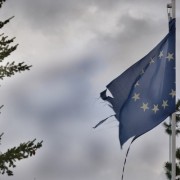 A View from Hungary, Poland and Croatia

In recent years we have seen the rise of the anti-liberal democracy politics in Eastern European EU member states. The situation in Poland and Hungary is maybe the best example of such politics where citizens are giving support to political parties whose political objectives are against the EU rule of law principles. Other Eastern and Central European states are also vulnerable towards these types of attacks. In Croatia, the last government tried, but has failed, to go into the Hungarian and Polish illiberal governance model, conducting attacks on civil society groups, independent media and the rise of xenophobia. Current refugee crisis has also deepen those concerns. This is a clear sign that the citizens of Eastern European EU member states are willing to give up of some of the fundamental human rights values such as freedom of expression, freedom of assembly, free media, civil society or independent judiciary. Those trends are seriously harming EU rule of law principles but also are derogating human rights standards.

Although we are witnessing shrinking of the CSOs spaces across Europe, it is important to note different models and strategies which some governments are using to shrink those spaces. So called illiberal democracy model is specifically targeting CSOs and the media, without any hidden but rather direct agenda to exclude CSOs and independent media from the political arena.

During this round table we shall inform the public about the current situation in Poland, Hungary and Croatia and discuss how the civil resistance and cooperation between CSOs across the EU can create line of resistance towards attacks on our fundamental freedoms: freedom of expression, association and assembly.

The panelists at the round table are: