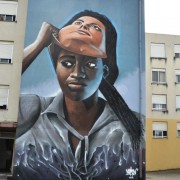 GVC Gruppo di Volontariato Civile, the Municipality of Bologna and a network of European NGOS, including SLOGA, are launching the #MigraTed project in five member Countries of the European Union. Involving teachers, young students and workers, citizens and refugees in a digital awareness raising campaign aiming to promote cultural diversity, inclusion and hospitality in Europe.

IN EUROPE Racism and xenophobia. Discrimination. Classism. Apology of fascism. On the tide of current populisms, movements inciting violence against migrants, criminalisation and exclusion of minorities, all the way up to theorizing race, are awakening in Europe. To turn messages of hate into viral on-line phenomenon, fake news on social media is used as a platform to target those who favour cultural diversity. But what was once pertaining only to the digital world is now becoming a fact, consisting of violent acts and hate crimes.

LAUNCHING THE #MIGRATED PROJECT   The rising of extremisms clearly indicates that democracy and cultural diversity are at risk. With the belief that intervening to promote culture and dialogue is part of our mission, GVC launches the #MigraTed project, involving young students and workers, teachers and trainers, citizens as well as non-citizens, in five European countries: Italy, Greece, Portugal, Slovenia and Cyprus. The initiative, funded by the European Union- Education Audiovisual and and Culture Executive Agency in the framework of the Erasmus+ programme, is carried out in partnership with the Municipality of Bologna, and foresees the possibility for students enrolled in high school and workers of target countries to join a programme in digital technology and video making. The aim is to make way and promote a counter-narrative that defends the importance and respect of human rights.

A DIGITAL AWARENESS RAISING CAMPAIGN Together, refugees and European citizens will produce a web documentary to introduce a new point of view on cultural diversity, inter-religious dialogue and hospitality. As well as a research on the theme of interculture by participating in workshops and conferences, in order to set the path for a communication campaign with schools, local and national authorities, public and private institutions, ngos, decision makers and local communities. Targeting only youth, however, was not enough. That is why the project also supports teachers and trainers to supply them with tools and techniques to provide digital knowledge and promote the values of active citizenship and democracy among students.

TEACHERS, TRAINERS AND INFORMATION TECHNOLOGY The majority of teachers in Europe admits to having difficulties in approaching the subject of information technology. Therefore, we register a training gap, also due to the absence of digital tools in schools that would allow teachers to affirm new and more efficient didactic models. That is why #MigraTed, on top of the 800 young beneficiaries between 14 and 20 years of age, will also and foremost target teachers and trainers.  In many European Countries, nearly two thirds of students are aware of the contents of the Universal Declaration of Human Rights. According to the EU-MIDIS II (2015) survey, 38% of interviewees has been victim of discrimination in the last five years due to their nationality and 24% in the last twelve months. In contexts highly affected by migrations #MigraTed will help youth understand the underlying causes that bring refugees to leave their countries, help them defend themselves from hate, stereotypes, and will guide them through a rediscovery of the values of solidarity and cultural diversity. This experience will culminate with the participation at Terra di Tutti Film Festival, an annual meeting that since 2007 has used documentary films as a tool to discuss and raise awareness on human rights and social issues.

AN INTERNATIONAL NETWORK AGAINST DISCRIMINATION The project  involves many international organisations and will be managed by GVC together with the Municipality of Bologna, CSAPSA2, Action Aid Hellas, SLOGA, 4Change, COFAC, KARPOS and Future Worlds Center. “Migration is at the centre of the public debate – declares Giorgia Bailo, coordinator of the #MigraTed project for GVC- but we often assist in mislead discussions due to incorrect data or prejudices. A debate in which migrants, refugees and asylum-seekers have no voice. We need a new narrative on migrations, a renewed awareness on the connections between development, migrations and human rights. In this endeavour, teachers and trainers hold a fundamental role: that is why #MigraTed aims to strengthen competences and involve young migrants, refugees and asylum-seekers in the construction of this alternative narrative, through the use of digital tools”. And she concludes, “Starting now, a constant dialogue with different entities can make way for the promotion of a more inclusive education and society, free from stereotypes and discrimination”.